These are some of my officially published predictions along with the timelines. You can also find them on my Facebook page at https://www.facebook.com/starsandastrology/ . Additionally-you can also find discussions on these predictions on my home page at https://www.facebook.com/gautam.kapur.7 Please send me a request at info@starsandastrology.com if you’d like to get the horoscope analyzed for your favorite celebrity.

1. On May 5th 2016 I officially published my prediction on Donald Trump’s victory for the coming US Presidential elections. Prior to publishing it I verified the horoscopes of Donald Trump and Hillary Clinton from their official Birth Certificates. I had made my unpublished prediction much earlier during the primaries based on the strength of Donald Trump’s natal and transit chart. 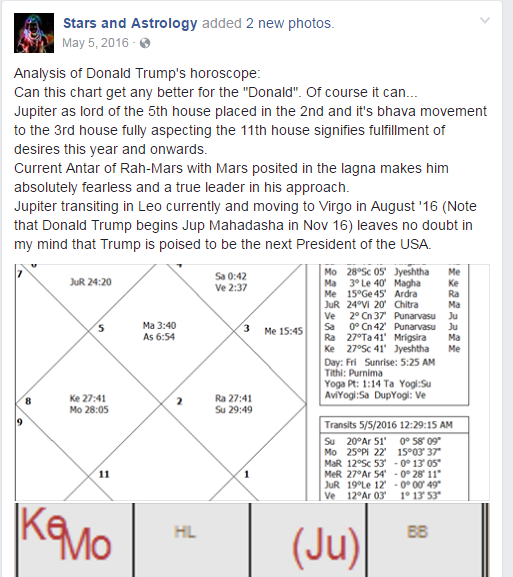 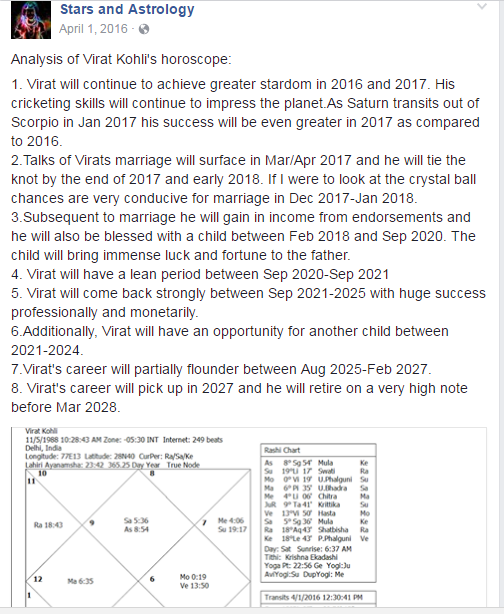 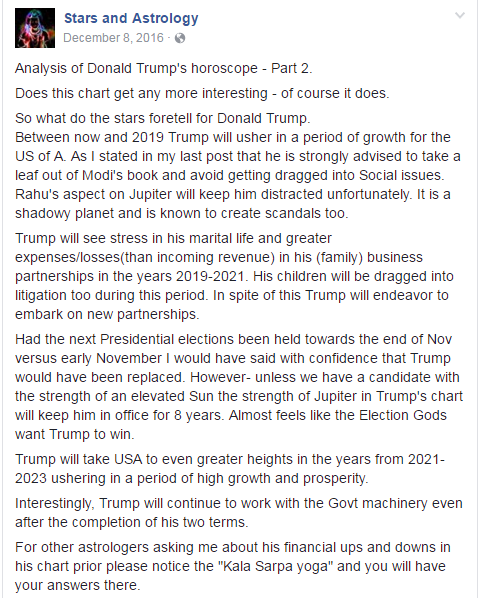 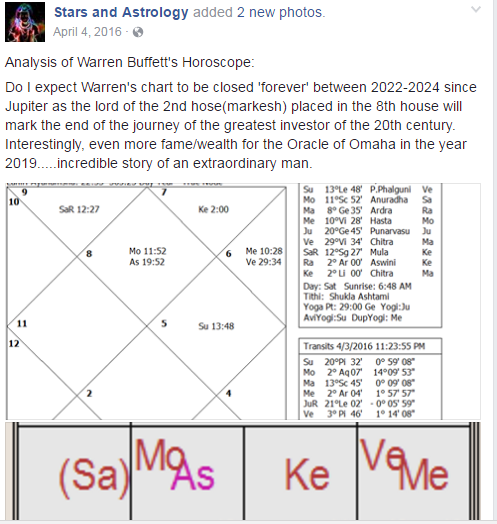